You are here: Home / Home Cooking / Lo-Fi Crab Cakes (Finally Making Use of an Impulse Purchase) 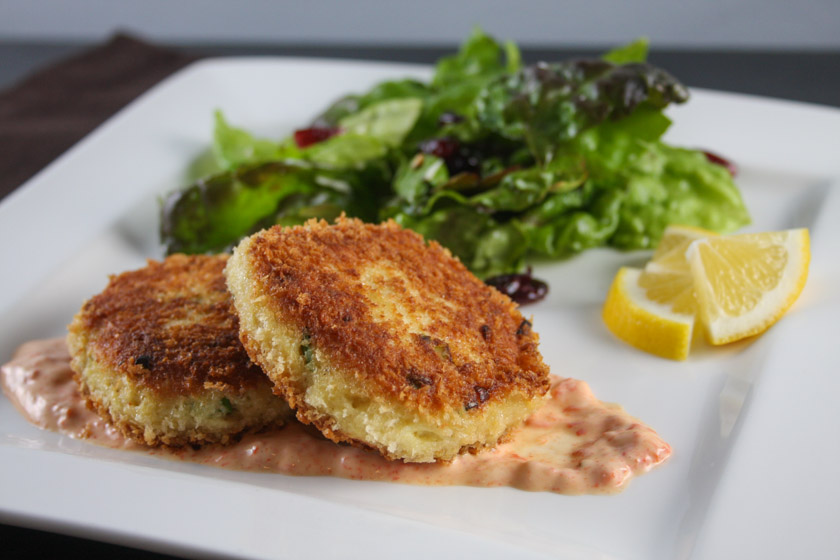 Have you ever grabbed an odd ingredient from a grocery store shelf with no plan, just because?  Well, when I bought those two cans of Crown Prince Fancy White crab meat, I wasn’t thinking that it’d take a year to use them.  Sure, their “use by” date extended safely into 2016, but come on.  They even made the move with us last Summer and were among the first food supplies transferred to the cupboards in our new place.  The time had come to put up or shut up.

Since it’s usually about 8:30 by the time I start preparing dinner during the week, I wanted a dressed-down preparation that I could whip together with little effort.  And this is exactly that:  a handful of simple ingredients that don’t need mincing, sweating, cooling, mixing.  Don’t get me wrong:  I’ve made fresh lump crab cakes with all of the above, and they were fantastic!  But I wanted to get dinner on the table before 11pm, so this is a fair compromise.

One bummer:  I had a big batch of thick cut bacon, already cooked, in the fridge that I had planned to chop up and throw into the mix.  And in my haste, I forgot the bacon.  I FORGOT.  The bacon.  Never again.

These were strong enough to stand on their own, served atop a quick sautéed red pepper aioli (processed with light mayo, lemon juice, and a garlic clove).  But come on.  Bacon! 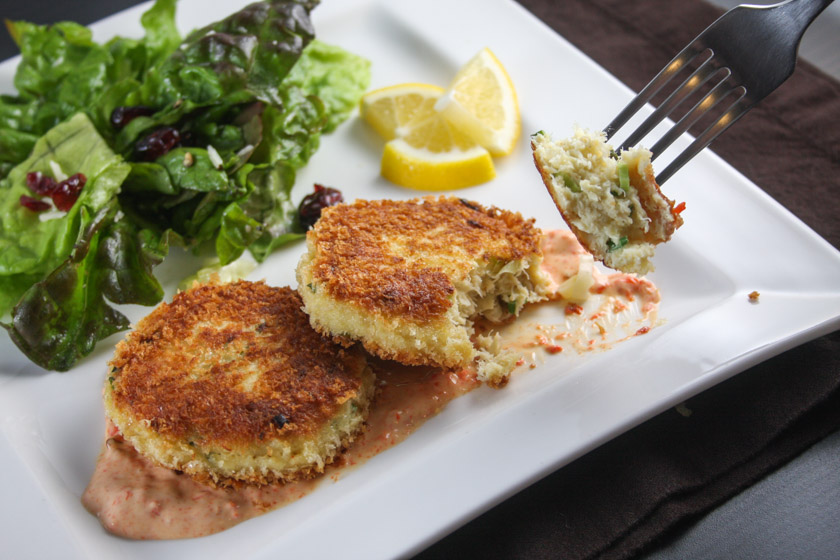 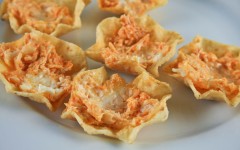 This is a favorite of the household, and may be the one dish for which we have code words.  Its street name is “Cee-Dub” (as in “C.W.D.”)  If I mention to Shan that I’m thinking about picking up “fixin’s” on the way home, she knows what’s up. A while ago, our intake was getting to… [Continue Reading]