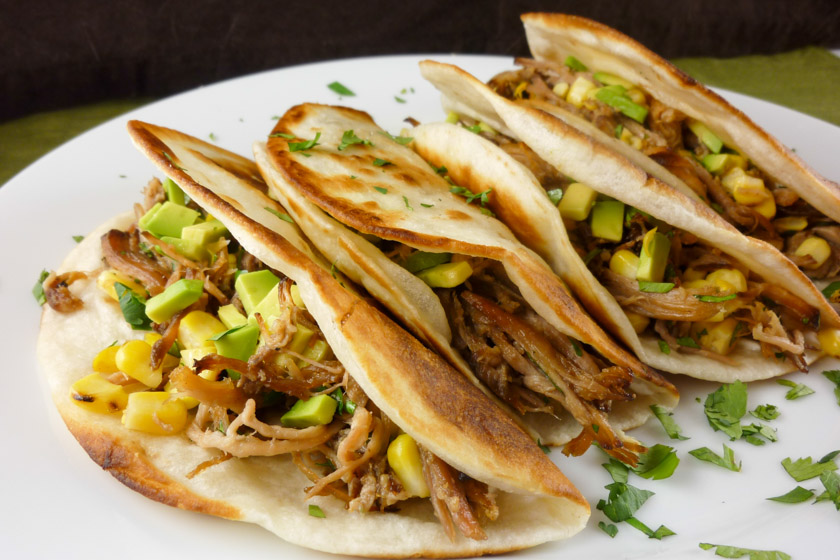 Day three, you might be thinking “Hmm, maybe Kim doesn’t want any more pork.”  That is where you would be incorrect.  One: pork is great and unless you’ve just engaged in some sort of Man vs. Food challenge, then there is no such thing as “too much pork”.

This is one of the few times you won’t find cheese in my taco.  (Wait, can I say that?)  A quick jaunt under the broiler adds crispiness to the pork.  The grilled corn blasts little pockets of sweetness into each bite, while the cilantro adds a touch of garden freshness.  The avocado hangs out and is like “Hey, what’s up?  Kim happened to have me around.”

Using all fresh ingredients, these tacos are substantial — but not heavy — and are a great spin on taco night.